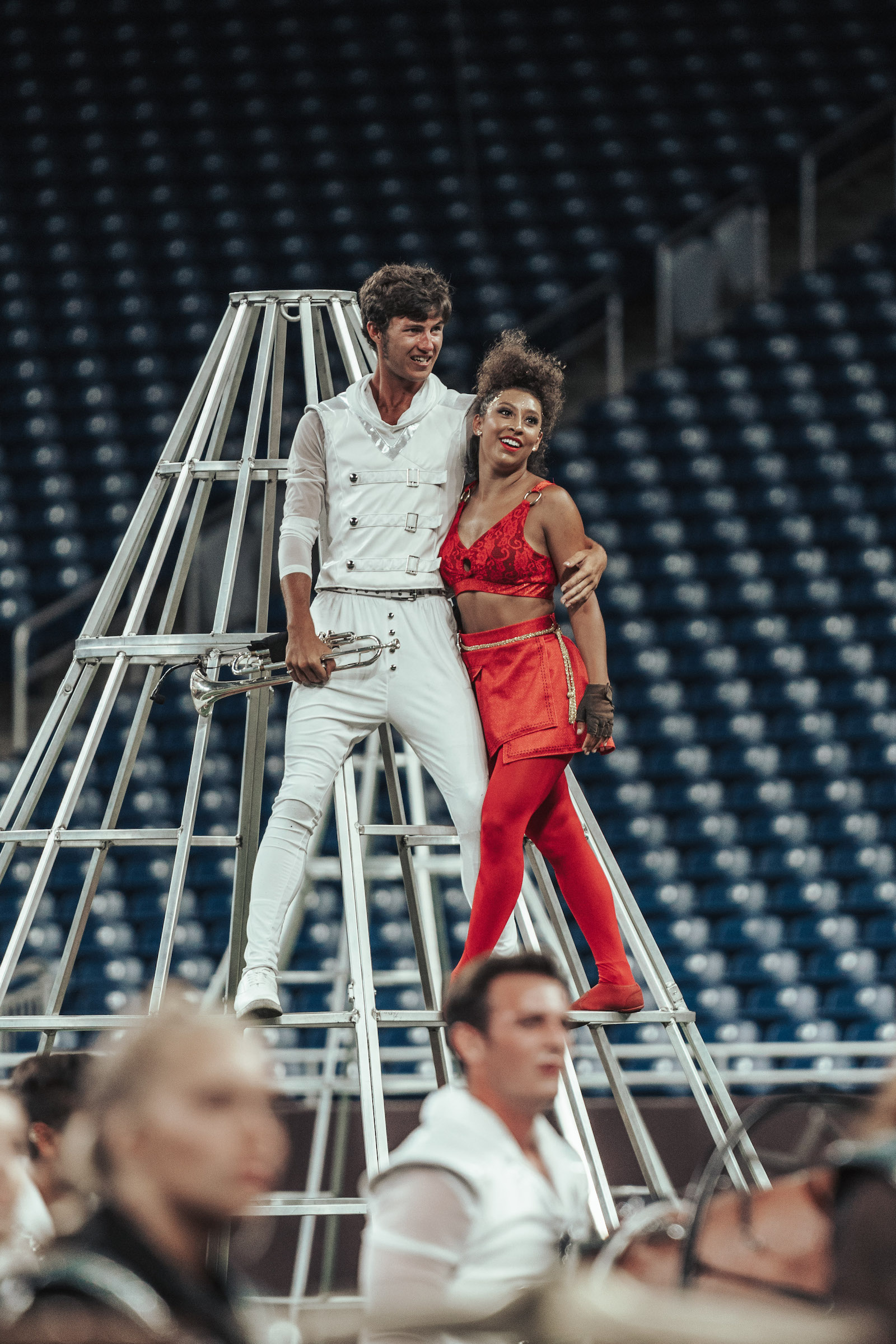 WHAT IS DRUM CORPS?

Modern drum and bugle corps finds its origins in the post-World War I era. Impressed by the precision and pageantry of American military and parade units, parents launched drum corps in their own communities so their children could benefit from rigorous instruction and discipline. Drum corps has grown steadily since the 1930s, finding sponsorship and support in groups like the VFW and the Catholic Youth Organization.

Since the formation of Drum Corps International (DCI) in 1972, the sophistication of creative and artistic skills in drum and bugle corps has increased tremendously. The activity has developed to a level which is now considered to be a contemporary art form, while the organizational efforts of DCI have elevated the status of the activity to its current position as the second largest youth program in the United States.

WHO ARE THE BOSTON CRUSADERS?

The Boston Crusaders Drum & Bugle Corps, founded in 1940, is the third-oldest junior drum and bugle corps in the nation and is proud to be a founding member of Drum Corps International. The corps, composed entirely of brass players, percussionists and color guard members under the age of 22, travels over 10,000 miles each summer, performing in more than 40 competitions and exhibitions before a combined audience of over 300,000 fans.

The Boston Crusaders are incorporated in the Commonwealth of Massachusetts and are registered with the United States Internal Revenue Service as a 501(c)3 Not-for-Profit Corporation, governed by a Board of Directors.

The Boston Crusaders’ mission is to provide its members an opportunity to reach their highest potential, both as a person and an artist. While providing a healthy balance between education and competition, the Boston Crusaders seek to constantly challenge members to excel every day through a dynamic and unique combination of artistic, athletic, and life goals our members will not find elsewhere. 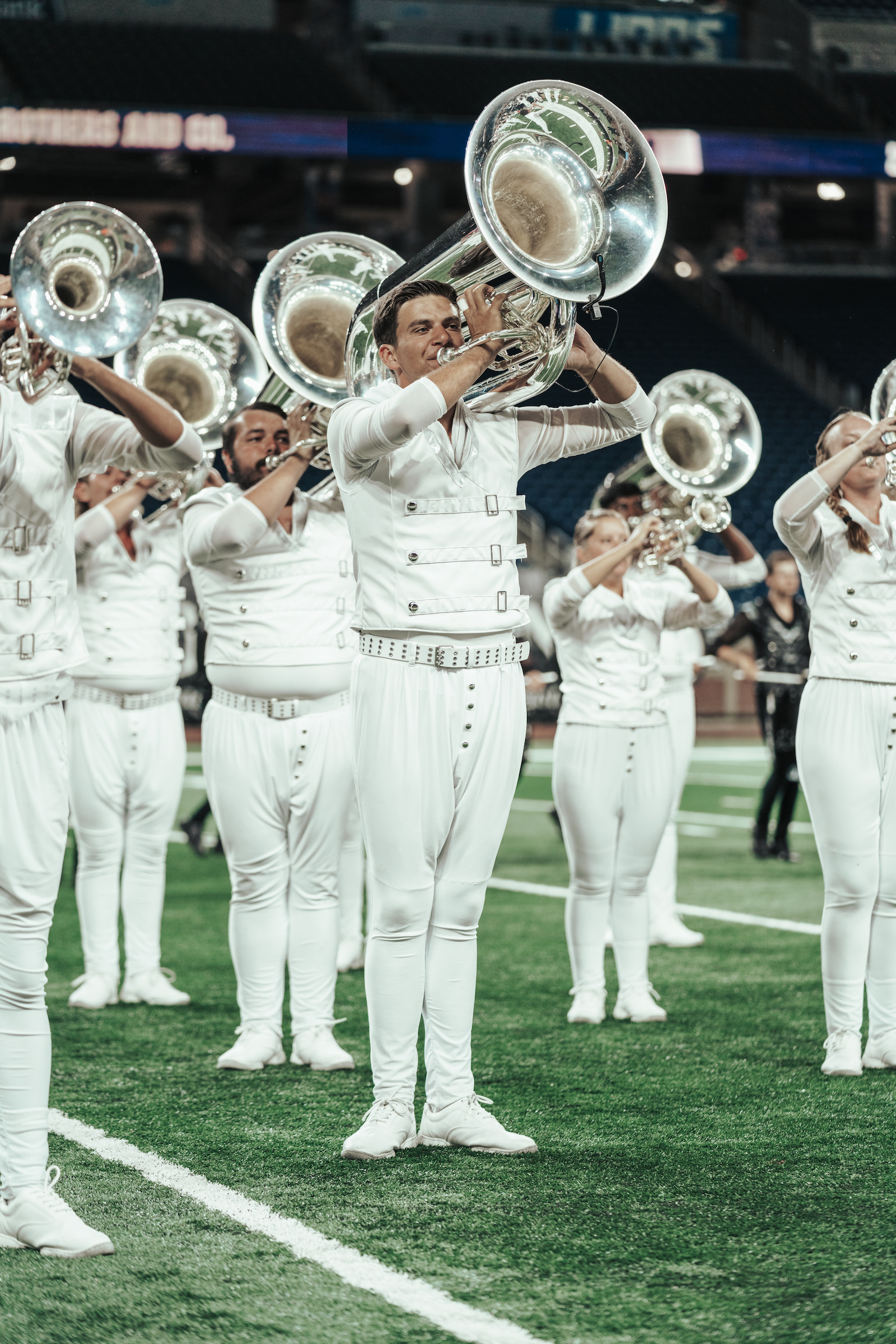 The season begins in November with a series of audition experiences around the United States with a final round during the winter. During audition experiences, members stay at the rehearsal site and all meals are provided by the drum corps. As the school year draws to a close in late spring, the Boston Crusaders gear up for the upcoming tour with more frequent rehearsals.

Members take up residence in the Boston area in May for several weeks of intensive daily rehearsal. Then in mid-June the Boston Crusaders, the staff, instructors and volunteers, four buses, two equipment trucks, a mobile kitchen and numerous support vehicles leave Boston to go on tour. Throughout the summer the corps will be scheduled to perform almost every day. The tour will last about six weeks, culminating in mid-August at Drum Corps International World Championships.

Members of the Boston Crusaders follow a demanding daily rehearsal schedule and give the performances of their lives on football fields throughout the nation. They will sweat and laugh and cry. But most importantly, they will learn about life and one another. They will learn, and never forget, what it means to be a part of the Boston Crusaders family.

WHO CAN BE A MEMBER?

Members of the Boston Crusaders include young adults up to and including age 21. Most members have experience in high school or college marching bands, and some have experience as members of other drum and bugle corps. We recommend that you attend camps as often as possible in order to guarantee your membership in the drum corps.

WHERE CAN I GET MORE INFORMATION?