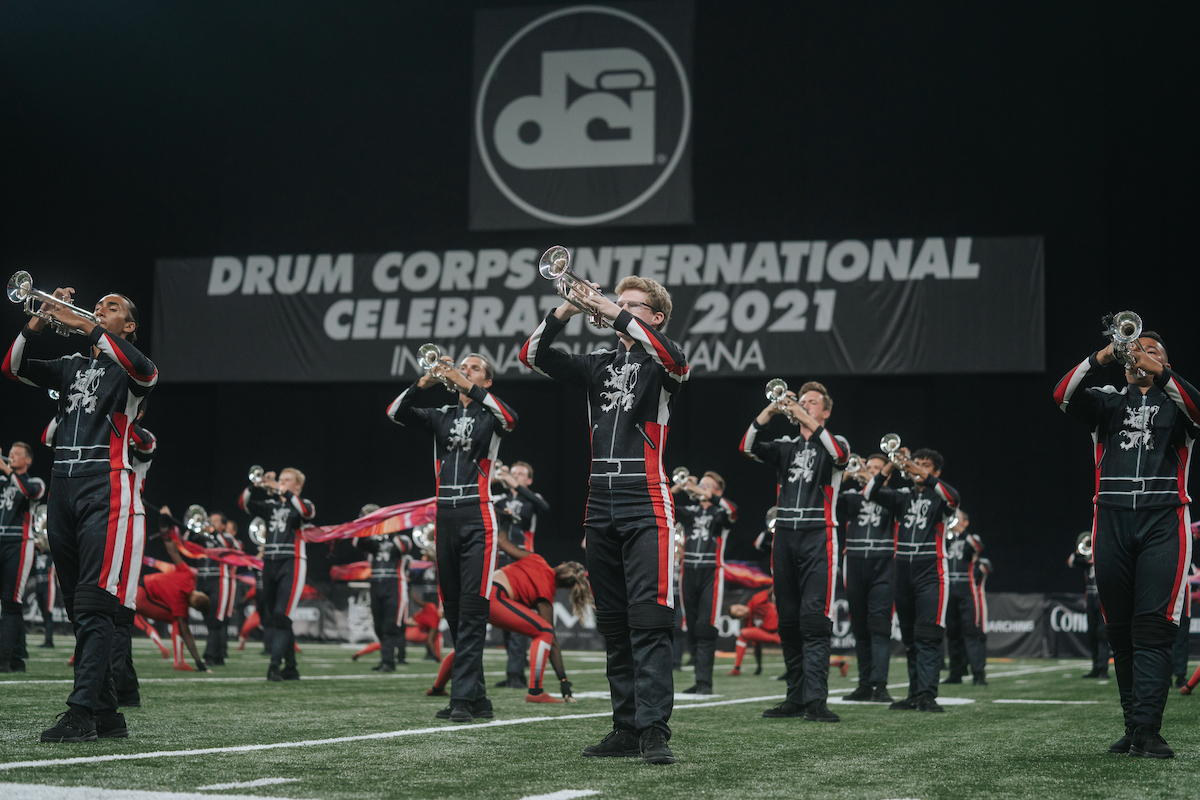 There’s still time to join the Boston Crusaders in 2022! We currently have spots in all sections for brass and color guard!

Begin by signing up for a video audition, then download your packet to begin practicing! Each packet purchase comes with a complimentary code to our Backstage on-demand video service for behind the scenes and educational content. Plus, our staff and veteran members are nearby to provide feedback and critique as you progress through the packet. Just join your section’s Facebook Interest Group or submit a FREE feedback video to our staff. You don’t have to be registered for an audition to begin participating!

The 2022 Boston Crusaders will see a return to full in-person rehearsal camps. After submitting your video audition, our staff will notify you with your results. Color guard members who receive a callback will attend final auditions during our April Camp. 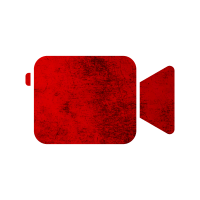 Final spots remain in all brass and guard sections! Click below to learn more and submit a video audition. Deadlines are rolling so don’t delay!

The most important part of your audition is the packet! Purchase your downloadable audition packet to receive the technique exercises, warmups, and show excerpts that will be evaluated at the in-person audition camps. Plus, each packet provides access to our Backstage video service so that you can see the exercises in action!

Purchasing a packet is required for all brass and percussion auditionees. There is no packet for color guard. More information about audition requirements and process is provided within the packet. 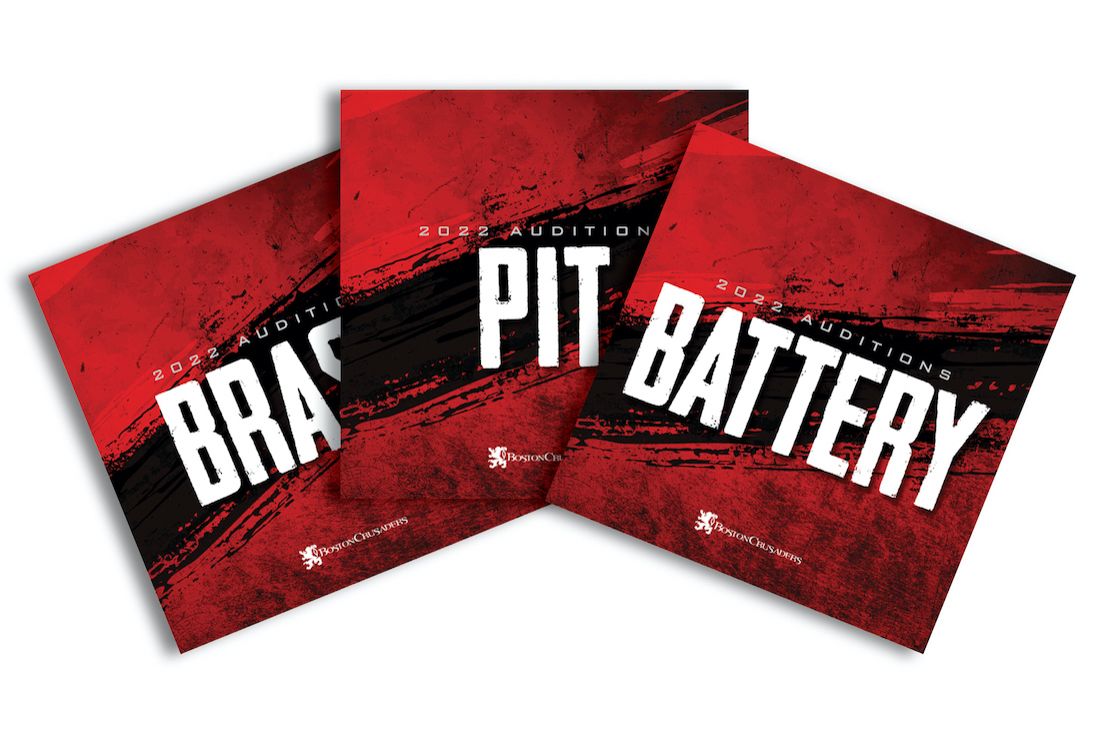 The most important part of your audition is the packet! Purchase your downloadable audition packet to receive the technique exercises, warmups, and show excerpts that will be evaluated at the in-person audition camps. Plus, each packet provides access to our Backstage video service so you can see the exercises in action!

Purchasing a packet is required for all brass and percussion auditionees. There is no packet for color guard. More information about audition requirements and process is provided within the packet. 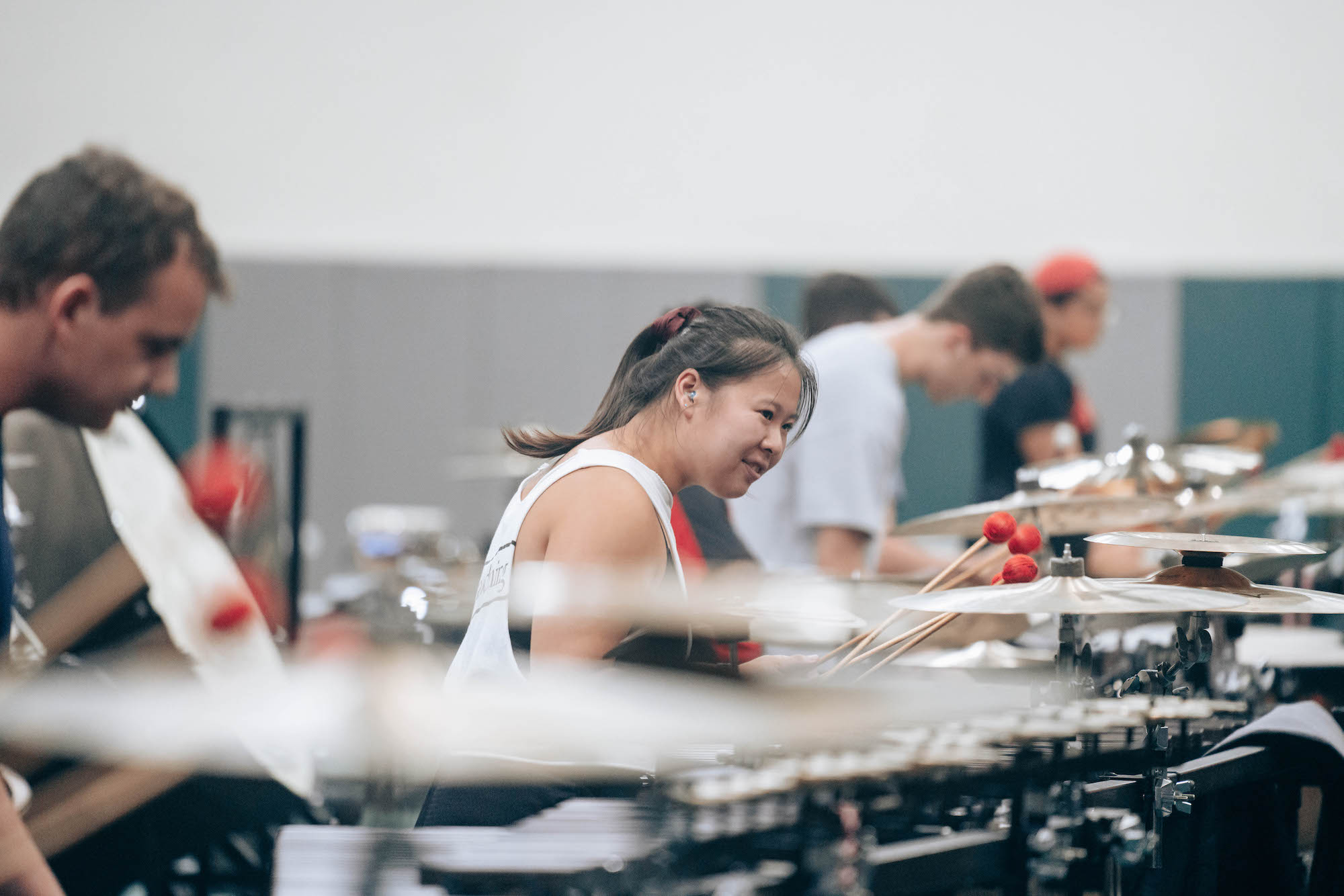 Find your section’s group below!

Everyone is welcome to submit a FREE feedback video for evaluation by our staff before their audition. Use this opportunity to check your progress on the audition packet or show off your skills with your own prepared piece! After submitting, a staff member will reach out with feedback to help you prepare for your in-person or video audition.

This is NOT the same as a video audition. If you wish to formally audition by video, please follow the guidelines and submission process here. 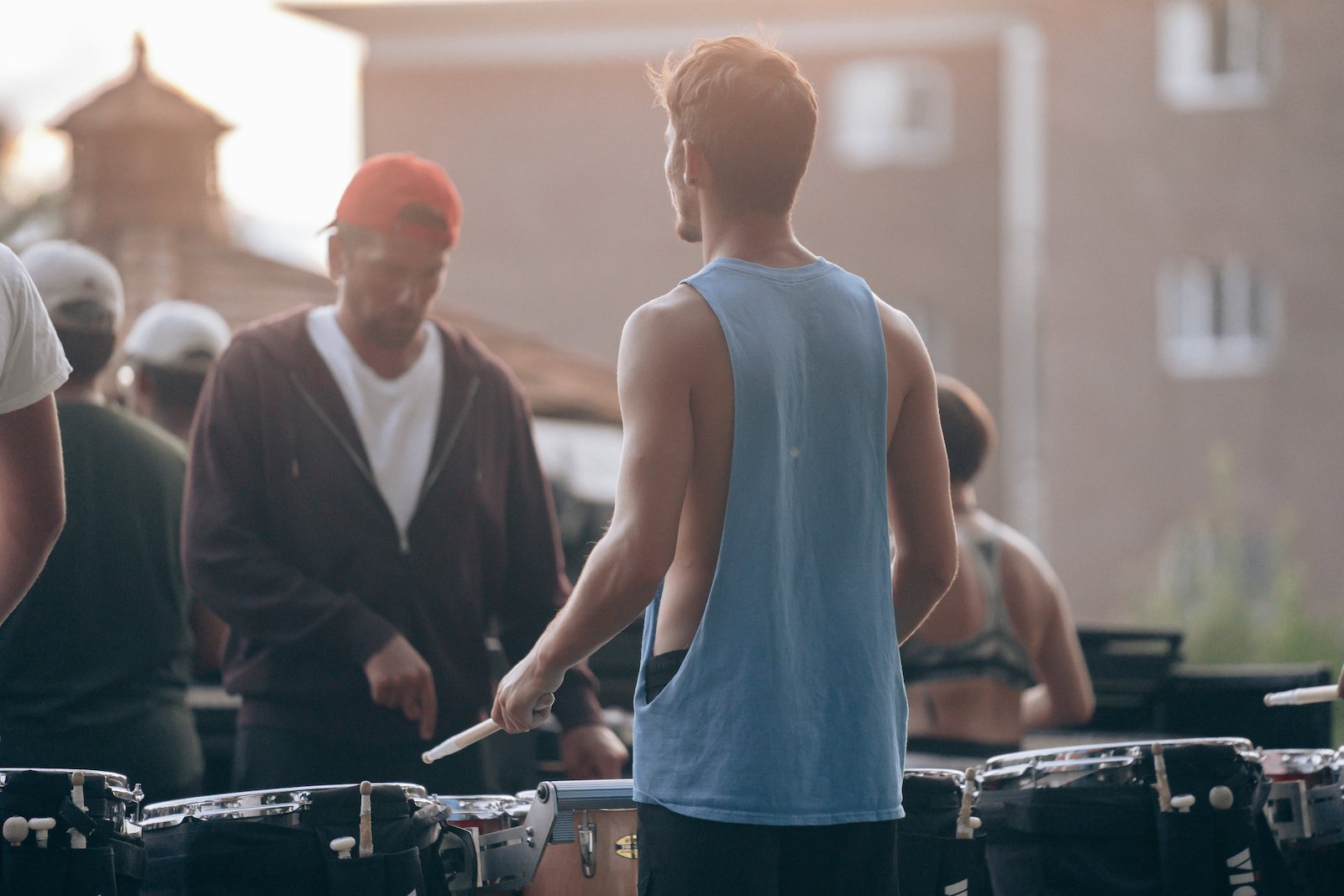 Everyone is welcome to submit a FREE video audition for evaluation by our staff before the in-person audition weekend. Use this opportunity to check your progress on the audition packet or show off your skills with your own prepared piece, we want to see what you have! After submitting, a staff member will reach out with feedback to help you prepare for your audition weekend.

Please note that this is NOT a video audition. If you would like to formally audition by video, please click here. 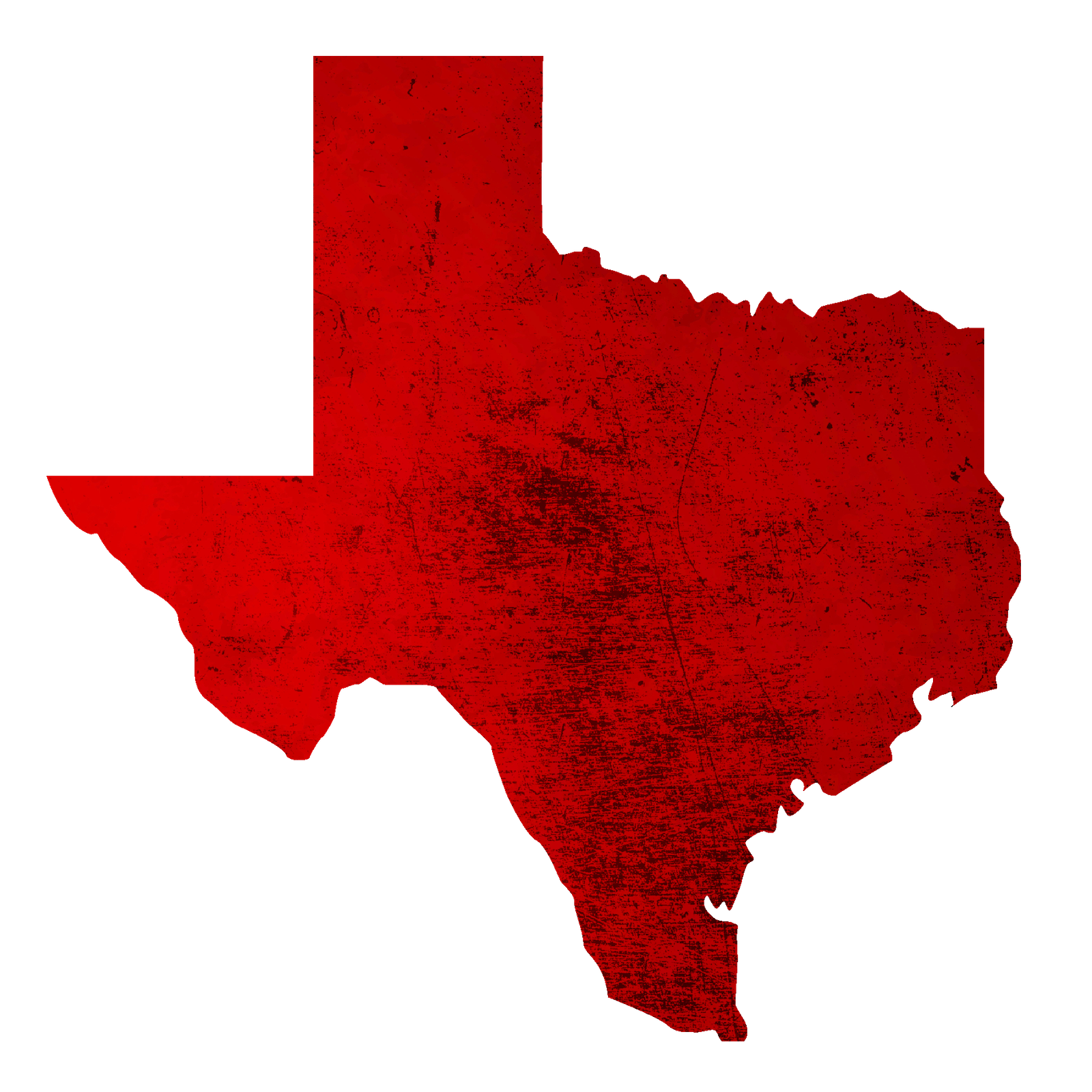 The full corps will come together for a production camp and guard final auditions in the San Antonio area. Location and more information will be announced later this winter. 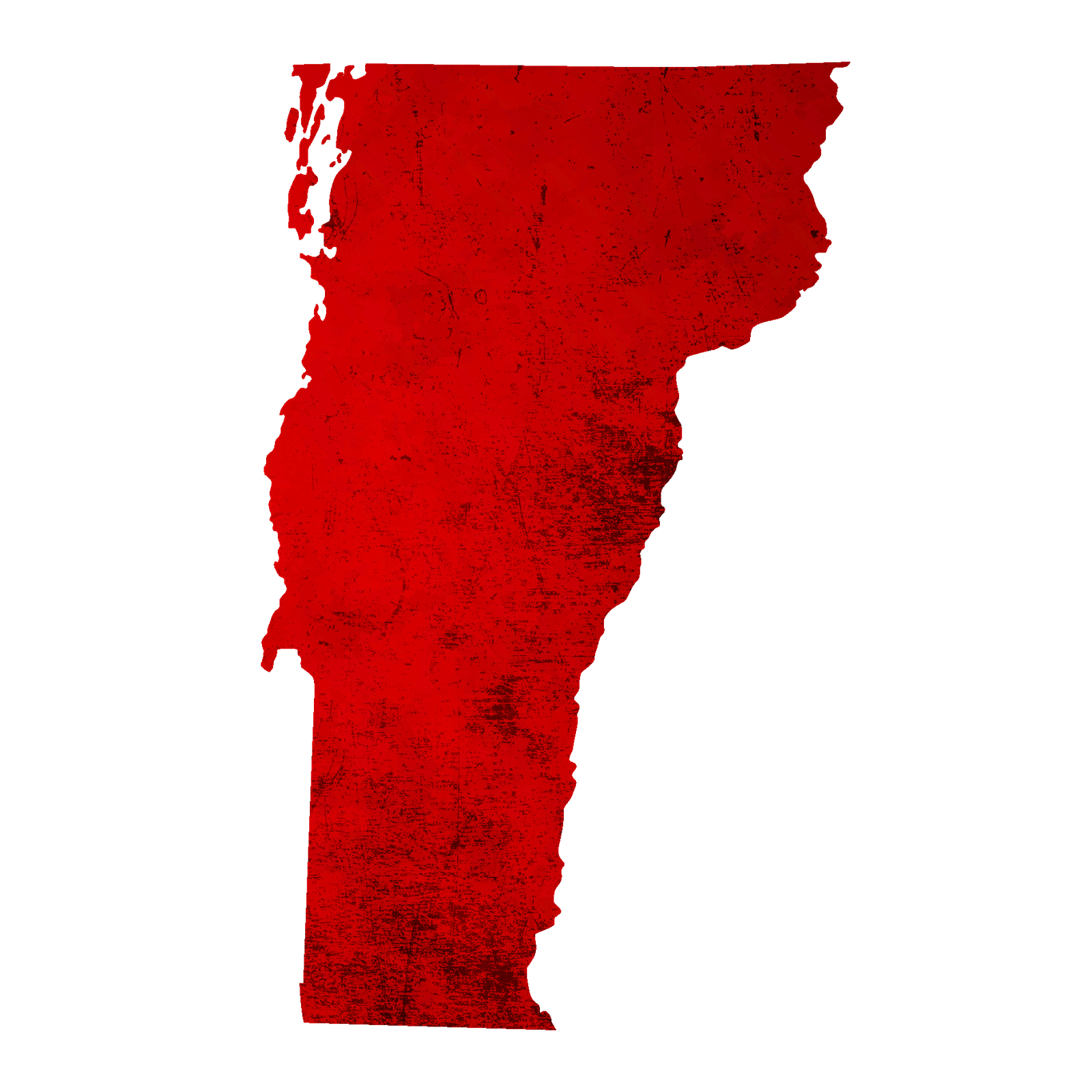 The summer begins in Castleton, VT! All members will move into Castleton University in mid-May to begin spring training. After a month of rehearsals, the corps will set off on tour in mid-June.

What sections have open spots?

We are currently auditioning members in all brass and color guard sections. We have openings for trumpets, mellophones, baritones, tubas, and flags & weapons.

How do I audition?

How do I prepare for my audition?

Begin by downloading an audition packet and then practice, practice, practice. Your audition packet contains all of the music you will need to prepare for an audition with the Boston Crusaders. Audition requirements for each section are listed within the packets, but typically brass and percussion will be required to prepare select exercises from the packet for evaluation in an individual and group setting, plus a piece that exhibits your individual strengths. Brass candidates will also be led through a visual block and evaluation.

Color guard auditionees will be evaluated on flag and weapon basics, tosses, and technique. You should be prepared to learn choreography for body and equipment and show off any special talents you may possess. Read more about guard requirements here.

What are the audition fees?

Cost to audition includes a $25 audition packet for brass and percussion plus audition registration fees. Video auditions are $150.

Do I need to bring my own instrument or equipment?

Will there be housing, meals, or transportation provided?

There will be no meals provided during one-day auditions. There will be two 1 hour-long meal breaks for lunch and dinner. Attendees are encouraged to either bring packed meals or order out. All audition sites are centrally located near local businesses and restaurants.

Can I participate without auditioning?

Yes. The best way to get a feel for the audition process is to start now. It is never too early to start working towards your goals. Students are allowed to join Facebook pages, submit feedback videos, and attend audition dates without formally auditioning.

Is there a minimum age to march with the Boston Crusaders?

Our membership ages range from 16-22. Our average age is 19.5 years of age. For members under the age of 18, a parent or guardian must be involved in the process from auditions through contracting and membership.

The 2022 Boston Crusaders’ spring training will take place at Castleton University in Castleton, Vermont from mid-May through mid-June. While rehearsing at Castleton, members reside in dorms and eat in the campus dining hall, with an end of day snack provided from the corps’ food truck. Castleton University provides ample rehearsal space including indoor facilities, multiple outdoor fields, and a turf stadium. We enjoy very comfortable spring temperatures and the members have one night off per week for rest and relaxation.

After four weeks of move-ins, the 2022 Boston Crusaders will embark on a tour that is approximately eight weeks long from mid-June to August 13th. The corps will travel the country via coach bus and house in high schools and college campuses. The corps will perform on the 2022 Drum Corps International summer tour and several special performances including parades and concerts. Between rehearsals and shows, members will enjoy free days to explore cities along the way. The season will culminate at the 2022 DCI World Championships in Indianapolis, IN.

What is the tuition cost?

Tuition for new members is $4,900. Full tuition information, including payment plans and returning member discounts, will be communicated to contracted members as soon as it is available. Returning members receive discounts for multiple years with the organization.

Will COVID-19 vaccines be required to participate?

Yes. Proof of your original vaccinations AND booster will be required to be eligible to participate this summer. The only exception is to provide documented evidence of a medical exemption from a medical professional. Vaccination deadlines and more information will be communicated to contracted members throughout the winter.

Questions? Email us at info@bostoncrusaders.org