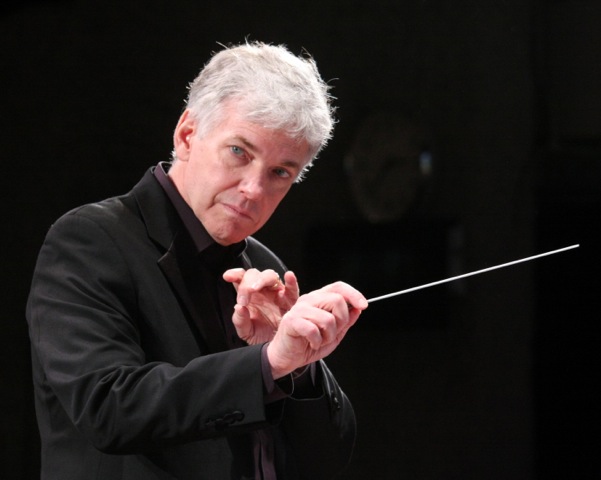 The Boston Crusaders Drum & Bugle Corps is proud to announce that 2014 DCI Hall of Fame honoree Tim Salzman will be working with the Crusaders in the role of Music Program Consultant for the 2015 season. Director Andy Waldukat states, “ I could not be more excited about bringing Tim Salzman onto our design team. I remember being a fan in high school listening to recordings of shows he arranged. When the opportunity to bring Tim on board presented itself I immediately jumped at the chance. He is a legend and one of the best in the history of our activity.”

Boston Crusaders design team and Salzman are already eagerly working together on the 2015 program. Salzman states, “The prospect of joining this particular team of thoughtful, creative educators was intriguing and I’m greatly looking forward to the process of helping the Boston Crusaders develop to their highest potential. It is clear to me that something substantial is being developed here and our early conversations have marked by a free-flowing exchange of ideas underpinned by a resolve to provide the best possible experience for the marching members of the organization.”

Tim Salzman is in his twenty-eighth year at the University of Washington where he serves as Professor of Music/Director of Concert Bands, is conductor of the University Wind Ensemble and teaches students enrolled in the graduate instrumental conducting program. Former students from the University of Washington occupy positions at numerous institutions of higher education and public schools throughout the United States. Prior to his appointment at the UW he served for four years as Director of Bands at Montana State University where he founded the MSU Wind Ensemble. From 1978 to 1983 he was band director in the Herscher, Illinois, public school system where the band program received several regional and national awards in solo/ensemble, concert and marching band competition. Professor Salzman holds degrees from Wheaton (IL) College (Bachelor of Music Education), and Northern Illinois University (Master of Music in low brass performance), and studied privately with Arnold Jacobs, former tubist of the Chicago Symphony Orchestra. He has numerous publications for bands with the C. L. Barnhouse, Arranger’s Publications, Columbia Pictures, Hal Leonard Publishing and Nihon Pals publishing companies, and has served on the staff of new music reviews for The Instrumentalist magazine. Professor Salzman has been a conductor, adjudicator or arranger for bands throughout the United States and in Canada, England, South Korea, Indonesia, Thailand, Russia, Singapore, the Philippines, China, and Japan, a country he has visited twenty-one times. Recently he has frequently travelled to China where he served as visiting professor at the China Conservatory, conducted the People’s Liberation Army Band in concert (2009/10), and has given master classes for numerous wind bands including a concert appearance at the National Center for the Performing Arts in Tiananmen Square with the Beijing Wind Orchestra, the first professional wind ensemble in Beijing. He also adjudicated the Singapore Youth Festival National Concert Band Championships twice in the past three years. Professor Salzman is compiling editor and co-author (with several current and former UW graduate students) of A Composer’s Insight: Thoughts, Analysis and Commentary on Contemporary Masterpieces for Wind Band, a five-volume series of books on contemporary wind band composers published by Meredith Music Publications, a subsidiary of the Hal Leonard Corporation. He is an elected member of the American Bandmasters Association and is a past president of the Northwest Division of the College Band Directors National Association.

Under Professor Salzman’s direction the University of Washington Wind Ensemble has performed at a number of prestigious music conventions, has presented several world premiere performances of outstanding new music for wind band and in 2004, undertook a highly acclaimed nine-day concert tour of the Kansai region of Japan returning for more extensive tours of that country in 2007 and 2010. The UW Wind Ensemble presented several concerts in the main concert venues of Beijing, China in March of 2013, including a sold-out concert in the National Center for the Performing Arts in Tiananmen Square that was broadcast nationwide on China Central Television. In the spring of 2006, the ensemble was invited by the Seattle Symphony Orchestra to present a concert at Benaroya Hall as a part of the Symphony’s Made in America Festival. The London Financial Times review of the concert applauded “music of surprising sophistication…Cindy McTee’s Finish Line pulsated energetically and William Bolcom’s Song was simply gorgeous.” Subsequent to the 2006 performance the ensemble was invited for return appearances on Seattle Symphony concert series in 2007, 2008 and, most recently in 2011 when Maestro Gerard Schwarz conducted the ensemble. The UW Wind Ensemble has also collaborated with a number of internationally renowned guest artists, conductors and composers including Eddie Daniels, Steve Houghton, Allen Vizzutti, Jeffery Fair, Chris Olka, James Walker, Douglas Yeo, Leigh Howard Stevens, David Maslanka, Michael Colgrass, Cindy McTee, Eric Ewazen, Satoshi Yagisawa, David Stanhope and Huck Hodge. In July of 2008 Nihon Pals, a music education resource company based in Osaka, Japan, released a set of instructional DVDs regarding the subject of building ensemble musicality featuring Professor Salzman and the UW Wind Ensemble. The University of Washington was host for the 2011 National Conference of the College Band Directors National Association.

Read More Information on Tim Salzman, follow the links below: