We’re excited to announce our Operations and Administration Team! We are looking forward to getting the 2017 season on the road! 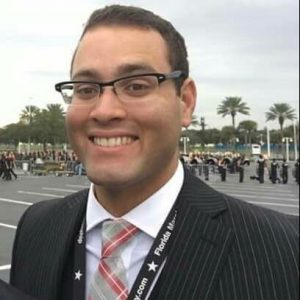 Gabe is excited to be joining the Boston Crusaders as the Tour Director for 2017! This will be his fifth summer of DCI in an administrative role and looks forward to guiding the Crusaders down the road. Before shipping up to Boston, Gabe held touring administrative roles with the Cadets, Blue Knights, and the Santa Clara Vanguard. Gabe is a proud graduate of the University of Texas at Austin (Nonprofit Management) and the University of South Florida (Writing and Literature). Gabe is currently a special education teacher at Robinson High School and spends his evenings as an assistant marching band director, as well as the director of the theatre program. When not touring during the summer or working late at school, Gabe spends his time with his wife Trisha and their two pups Zoey and Sullivan in Tampa, FL. 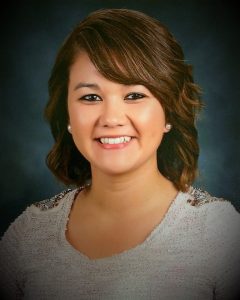 Stephanie Aarons is currently in her first year of teaching as the Music Director at Fairfield Community High School in Fairfield IL, where she teaches high school band, choir and drama. Stephanie graduated from Eastern Illinois University with her B.A. in Music Education and Summa Cum Laude honors. At EIU, she was a member of the EIU Marching Panthers, Basketball Band, Mixed Choir, Flute Studio, Concert Band and Wind Symphony. Stephanie was also a clinician at the 2016 Illinois Music Educators Association Conference where she presented her independent research topic, “The Benefits of Music Program Advocacy.” Her professional affiliations include NSCS, OAKE, AOSA and NAFME.

This is Stephanie’s second year with the Boston Crusaders; “I am excited to be with Boston again. I am looking forward to this opportunity of working closely with the administration/operations team, members, educational staff, volunteers and support staff.” 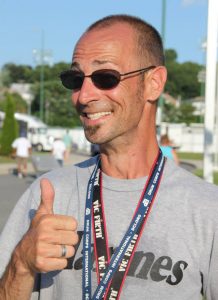 Darren Delaney is no stranger to the Boston Crusaders, having been part of the first ever co-ed color guard (’93, ’94) and returning as a volunteer driver and souvies rep (’12, ’13, ’16). He has served as Merchandising Manager to The Santa Clara Vanguard, The Cadets, and The Cavaliers. A resident of New York City, he has always called Boston “home”. In his new role as Operations Manager, Delaney will oversee the day to day elements of successfully navigating the corps while on the road and looks forward to working together with the admin staff and volunteers to get the corps down the road. “The volunteers play such an important role in making sure the corps is set up to be as successful as possible. Their experience is just as important as the members.” 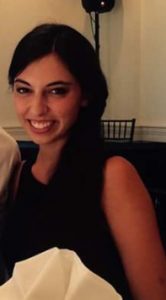 Originally from Athens, Georgia, Mary-Mason joins her third tour with the Boston Crusaders from Birmingham, Alabama. After a high school band career at Oconee County High School (Watkinsville, GA) and two years on the Auburn University Tiger Eyes Flag Line (Auburn, AL), Mary-Mason spent her 2015 drum corps season marching with the Boston Crusaders color guard for the 75th anniversary and the 2015 & 2016 Winterguard seasons with Paramount World (Atlanta, GA). The following year, she applied her studies from Auburn of Arts Administration with concentrations on dance and human development and family studies/ group dynamics by joining the 2016 admin team at Boston. In this her third summer, she will join the team in her new role of Assistant Operations Manager. She was also a brother of Kappa Kappa Psi – National Honorary Band Fraternity while at Auburn. In Birmingham, she co-instructs/ choreographs for Hoover High School and Mountain Brook High School. She looks forward to continuing to represent and work with the corps she loves.