The Boston Crusaders added more talented people to the 2017 Guard Staff. We are all excited for an extraordinary summer . . . Let’s complete our team by adding YOU, performers! 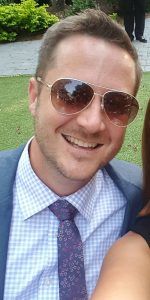 Aaron Gantt is a native of Wagener, South Carolina where he was a graduate of Wagener-Salley High School. He received his Bachelors of Music in Education from Furman University and a Masters of Music in Education from the University of South Carolina. Aaron has performed with numerous ensembles including the Furman Wind Ensemble, University of South Carolina Symphonic Band, the Assembly Saxophone Quartet and the Furman University Saxophone Quartet. In the marching realm, Aaron has performed with the Furman University Marching Band, the Cadets Drum and Bugle Corps (9-time Drum Corps International world champion), and Infiniti Winter Guard (2000 IA Winter Guard International world champion). In 2003, he was awarded the Distinguished Service Award for outstanding contributions as a member of the Cadets. 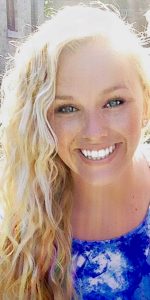 Originally from New Berlin, WI, Heather Graham currently resides in Miamisburg, Ohio. Heather has been involved in the marching arts since the age of three, beginning with a successful career in baton twirling. Heather was then recruited by her high school guard at the age of 12 and has since been performing in the color guard activity. While continuing to be a consistent member in the activity, she graduated from the University of Milwaukee with a degree in Communications and a minor in biology.

Heather is a proud alumni of the drum corps activity, performing in 2010 with Phantom Regiment, and in 2011 and 2012 with Carolina Crown. She marched five years with New Berlin Eisenhower, six seasons with Velocity Winter Guard, and is going into her fifth season with the Pride of Cincinnati.

Heather is a Weapons Choreographer and Instructor for Miamisburg High School, and the director of the University of Cincinnati Color Guard program. She has instructed various marching programs across the Midwest, including Eisenhower HS, Whitnall HS, Franklin HS, West DePere HS., Sycamore HS,  Northmont HS, Beechwood HS, Shadow DBC, as well as the 2016 Carolina Crown.

Heather is elated to spend the summer with the Boston Crusaders Drum and Bugle Corps. 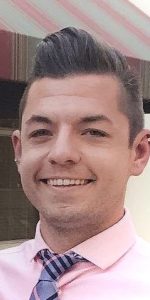 Jacob Kalemba started his colorguard career at Lincoln Way Central High School in New Lenox, Illinois. He went on to march the Bluecoats Drum and Bugle corps in 2008, and then Carolina Crown in 2009 and 2010 where he aged out. He has had the privilege of marching Zydeco Colorguard 2009, 2011 (WGI IW Fan Favorite), and 2012 where he served as captain. He also marched CrownGUARD 2010, and Pride of Cincinnati 2013 (WGI IW Fan Favorite and Independent World gold medalist).

Jacob currently resides in Indianapolis, Indiana where he is pursuing his Master’s Degree in Speech Pathology at Ball State University. He is spending his fifth year teaching Greenfield Central Colorguard (6 time Scholastic Open finalist and the 2016 WGI Scholastic Open Silver Medalist) and second year as acting director. Jacob is looking forward to spending his fourth year working with the Boston Crusaders Drum and Bugle Corps on the colorguard staff. 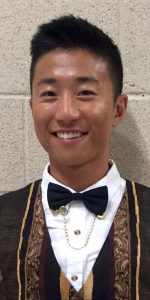 Born in Connecticut, Phillip is an admirer of all color guard, dance, and pageantry related things. It was at Westhill High School where Phillip was brought into the world of color guard. After his time at school came to a close, he decided to audition and march with the Connecticut Hurricanes. It was there he marched for the summers of 2009, 2010 and briefly filled a spot for DCA Championships in 2011 and in 2014 after offering choreographic abilities earlier that summer. After his initial time at Hurricanes, Phillip marched with Carolina Crown in 2011 through his age out in 2013. After aging out of World Class DCI, Phillip still felt the desire to perform. During the summer of 2014 he became a part of the staged production “Mix It Up!” at Busch Gardens.

Of course performing in the summer only satisfied his colorguard appetite for three months of the year. Phillip’s winter guard experience is extensive, marching Alter Ego Color Guard in 2010, 2011, 2012 and 2014, as well as Pride of Cincinnati in 2013, 2015,and 2016.

Nowadays residing in Norwalk, CT, he’s only just begun traveling to the NYC area to continue learning and further his passion, dance. Phillip is very excited to be back with the team and to delve in on this new journey with Boston! 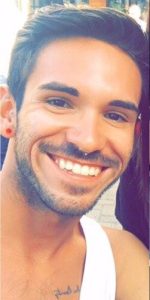 Rico Santiago’s marching arts career started in his hometown of Fort Myers, Florida, at Riverdale High School. He actively participated in the marching band and winterguard programs from 2009-2012 while beginning his first drum corps season in 2010. Rico studied Trombone, leading him to march euphonium and baritone for 2 years at the Boston Crusaders Drum & Bugle Corps. The following year he switched to the colorguard section and continued to perform for a total of six years, serving as captain in 2014 and 2015. He then returned on staff in 2016.

After relocating to Tampa, FL to attend the University of South Florida in 2013, he has had the joy of teaching Land O’ Lakes High School and Wiregrass Ranch High School.

Rico currently lives in Indianapolis, IN in hopes to further expand his marching and education endeavors. He has taught the Warren-Central, Greenwood and Greenfield-Central High School Colorguard programs while in the Midwest.

Alongside Drum Corps, Rico has also performed with Marcata Independent, the University of South Florida Winterguard Programs and is a second season cast member of the Pride of Cincinnati. “I am more than excited and humbled to continue to call the Boston Crusaders home for the 2017 Drum Corps Season!” 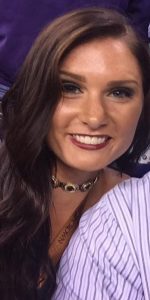 Sally Ware currently resides in Carmel, IN. She began performing under Michael Townsend in 2008 at Carmel High School and she has worked closely with him since then. This is her fourth year as a color guard tech at Carmel High School. Sally has taught, designed, and choreographed for the Carmel JV Guard program for the past five years and this is her second year as the director. She is also a color guard tech and choreographer at Fishers High School.

Sally’s outdoor marching career began in 2012 with Carolina Crown. She aged out at Crown in 2015 and joined the guard staff the following year; 2016. For winter guard, she has performed with the Pride of Cincinnati winter guard (2013, 2015, & 2016) and was also a performer with the Pride of Cincinnati Dance Ensemble in 2014. While doing this, Sally completed her Bachelor’s Degree in Communication Sciences & Disorders at Butler University in Indianapolis, IN. She is currently a graduate student at Ball State University, in Muncie, IN, working toward obtaining her Doctorate of Audiology (Au.D).

Sally is thrilled to begin this new journey with the Boston Crusaders organization. She will serve as a part-time tech for the color guard. Sally is looking forward to working with and learning from the administration, staff, and members of the drum corps. 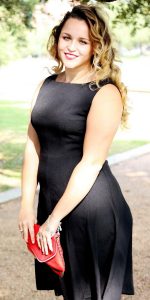 After many years as a performer, Ms. Chavez continues her involvement in the color guard activity as an educator for high school and independent color guard programs. From 2007-2013, Ms. Chavez was the Color Guard Director at Cypress Ridge HS and has worked as a technician/choreographer with many schools in the Houston area. During the summers of 2012- 2013 she taught the Blue Knights Color Guard and taught the Crossmen Color Guard in 2015- 2016. Since then, Chavez has recently joined the Boston Crusaders Drum and Bugle Corps for the 2017 season. From 2013-2015 Chavez has served as technician for Cypress Independent and will be returning as Staff Coordinator for the 2017 season. Chavez has also been the Color Guard Director at Klein Oak High school since 2013 and has continued to work as a technician/choreographer at Spring HS since fall of 2010. Aside from her career in the color guard activity, she is also a graduate from the University of Houston with a Bachelor’s degree in Spanish and a minor in Education.