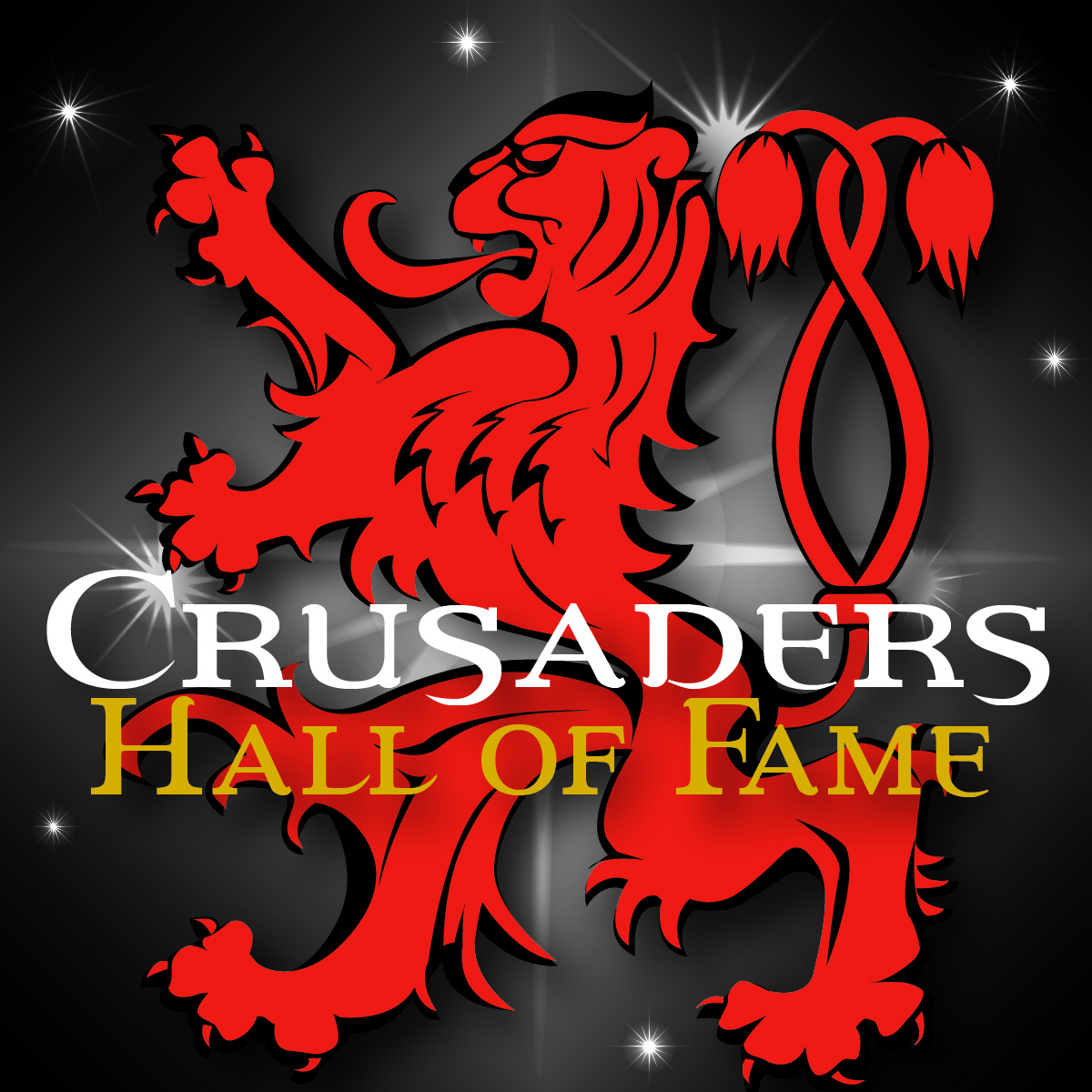 Kenny Flanagan first got involved with the Boston Crusaders in the summer of 1987. Kenny was working at Paul Pitts’ school (Oliver Ames High School), and Paul recruited Kenny to come drive the equipment truck on tour. Kenny very quickly became part of the Boston Crusader family and dedicated an enormous amount of his time to helping the drum corps grow and succeed.

While Kenny began his career with the drum corps as a driver, he quickly enhanced his role to one that helped with the organization of tour. In the late 90s, Kenny began coordinating the housing for the summer tour. This thankless job involved contacting all the show sponsors on that summers tour, relaying housing needs, and constantly nagging them to ensure that we would have proper housing. As the touring process in DCI became more rigorous, Kenny continued to take time off in the summers to tour with the corps. Whether it was arranging housing, airport pickups, drivers, or helping in the kitchen truck, Kenny could always be counted on to do his part and more. He naturally gravitated toward these thankless, behind-the-scenes jobs that were critical to the corps’ success.

In the late 90s and early 2000s, the Boston Crusaders were the beneficiary of a generous sponsorship from the MetroCorps Bingo. This required many people to show up in Cambridge each week and perform a variety of jobs. Members were encouraged to work the bingo to pay off their tour fees. Adult volunteers were asked to come out of the kindness of their hearts. Kenny was a constant presence at the bingo operation, and again, took on increasing responsibility as the needs of the organization changed.

As the Bingo revenue wound down, the corps began staffing events at Gillette stadium to bring in additional funds. These events involved 12-hour days at the stadium, from long before the fans arrived until long after they left. We staffed soccer games, concerts, and football games. We often had a hard time finding enough people to make these events work, but Kenny could always be counted on to be there.

In addition to volunteering his time for all aspects of keeping the drum corps rolling, Kenny was also a financial contributor. His name can be found, through the years, on the higher-end donors to the corps’ annual fund.

Kenny’s proudest moments with the drum corps were when the corps began to taste success in the late 90s. Not normally a snappy dresser, Kenny went out and bought a shirt and tie, and wore it drive the ATV onto the field for the corps’ first DCI Finals appearance. In Kenny’s own words, he did it “Out of respect for what the members had accomplished.”

Kenny Flanagan has spent most of his adult life involved with the Boston Crusaders. Although he had no personal connection to the organization, he has worked tirelessly, behind the scenes, and without fanfare to ensure the growth, stability and success of the Boston Crusaders for nearly three decades. There are few people still involved today that have committed the amount of time and energy that Kenny has. “Ken Flanagan’s 30 year history with the corps is a testament to his deep love of the Boston Crusaders. Thirty years of service as a volunteer, tour director, donor and fan. Ken is already an ‘honorary Crusader’ and now he is very deservingly a ‘hall of famer,'” says Executive Director, Chris Holland. For these reasons, we welcome Kenny Flanagan into the Boston Crusaders Hall of Fame Class of 2016.

Few individuals in the history of the Boston Crusaders have devoted as much time, personal energy and dedication to the organization’s success as Tom Spataro. Most know Tom primarily as the director of the Boston Crusaders. However began his career with the corps nearly 20 years ago while he was an undergraduate student at Boston College. Since then his role evolved over from marching member to drum major, to office manager to executive director. In each instance, Tom has been an exemplary leader both on the field and off.

One of the reasons the Boston Crusaders have prospered over the past decade is because of the extremely high standards Tom set for others to follow. He dedicated most of his adult life to the corps, and in each role Tom has served with distinction. As the organization’s first executive director, Tom took on a demanding job requiring long hours, no summer vacation, middling compensation, and endless travel to high schools gyms and rehearsal fields across the United States. Tom took assumed stewardship of the organization during a period of tremendous turmoil. Despite enormous turnover within the instructional and design team, he led the 2007 Boston Crusaders to a ninth consecutive top-12 finish even though the vast majority of the members had no prior drum corps experience. His long list of accomplishments include: burnishing the corps reputation with an overhaul of the corps’ brand, recruiting some of the finest teachers and designers to work with the corps, building new relationships with equipment sponsors, creating a strong bond with the Crusaders Senior Corps, and overseeing the launch of new programs including Mass Bay Music Festivals, Bridgeport (Connecticut) Drums, and the CYO Nationals Tribute. In recognition of his contribution to the drum corps activity Tom was recognized as the DCI World Class Director of the year in 2011.

After taking the reins in 2007, Tom expanded the administrative support staff both in the office and for the corps on the road. He infused the corps’ operations with new technologies and information systems. And most importantly, under his leadership the Crusaders continued a remarkable string of achievement, placing in the top-12 for 14 consecutive years. Throughout his tenure, Tom has earned respect, admiration and confidence from alumni, peers, colleagues, staff, board and most important of all, the members, for whom he provided guidance, advice and direction. He brought extraordinary passion, dedication and a rare temperament to his daily work as well as a vision for the future. Under his tenure, the organization began its transformation to Inspire Arts and Music, providing a platform for the growth and development which continue to this day.

Few people are willing to make a life choice to run a top‐12 DCI organization for any length of time. Fewer still have the rare combination of skills, passion and personality to be successful at it. “Tom Spataro is so worthy of the Hall Of Fame as he exemplifies leadership. He went from the drum major podium to DCI Director of the Year, while leading the Crusaders to new heights competitively and rebranding the organization along the way,” says Executive Director, Chris Holland. In recognition of Tom’s extraordinary record of service to the Boston Crusaders, we are happy to welcome Tom Spataro into the Boston Crusaders Hall of Fame Class of 2016.

Come celebrate the Giants who have made the 76 years of the “Corps We Love” possible. Join us January 13th, 2017 at Riverside Theatre in Hyde Park as we welcome Kenny Flanagan and Tom Spataro into the 2016 class of the Boston Crusaders Hall of Fame. Tickets include dinner as well as beer and wine. Doors open at 7:00p, dinner starts at 7:30pm. www.CrusadersHOF.Eventbrite.com