The 2019 Boston Crusaders will be lead by Josh Ballinger, Coral Navarre, and Gavin Schmidt. The three drum majors – chosen from a deep pool of talented candidates – bring outstanding pageantry and drum corps experience, leadership and musicianship. “I am fortunate to have this group driving the corps to even greater heights in the years ahead. Each is extremely worthy and represent the highest of standards of excellence.”  – Chris Holland. 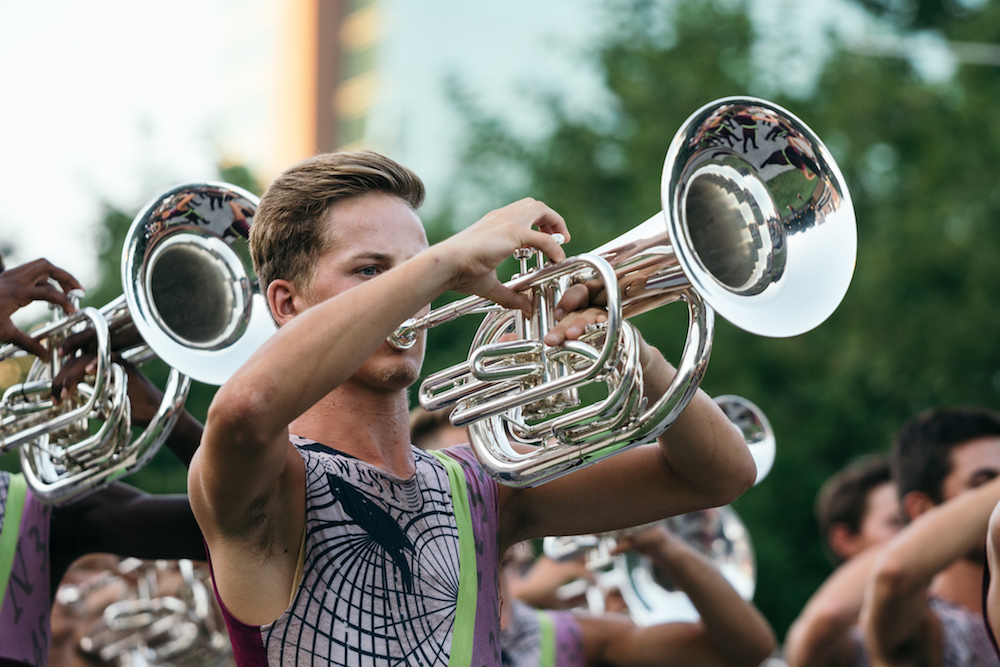 Josh Ballinger is a third year member of the Crusaders, having marched the 2017 and 2018 seasons in the hornline on Baritone. He is a music performance major on bassoon at James Madison University in Virginia. He graduated from and spent a year as the drum major for Loudoun County High School, and currently teaches at Tuscarora High School (both Leesburg, VA). In 2014, he marched with the Macy’s Great American Marching Band on Thanksgiving. Josh is very interested in pursuing a career in instrument restoration and repair, and he plans on continuing to teach within the marching arts after aging out following the 2020 season. 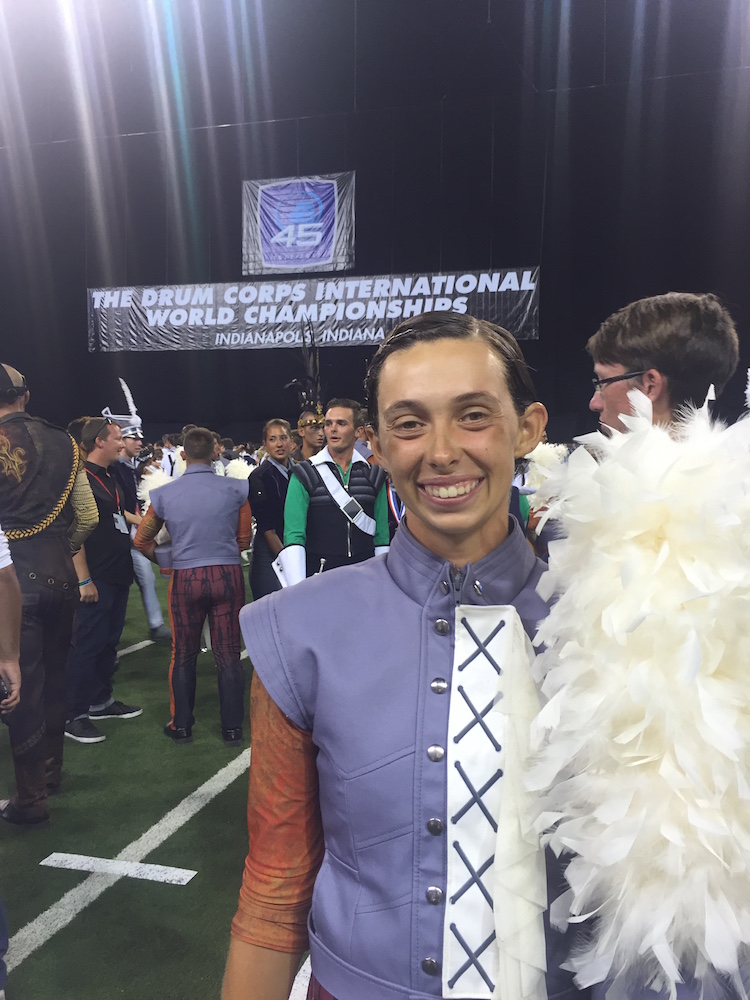 Coral Navarre is one of the longest-tenured Crusaders, with this being her fifth and final year with the corps. She has marched trumpet from 2014 to 2017, serving as section leader in 2017. While currently attending the University of Central Florida, she is double majoring in music education and trumpet performance. Along with her participation in the music program at UCF, she is also a sister of the National Honorary Band Sorority, Tau Beta Sigma. Outside of teaching high school marching band, Coral has performed in the Mickey’s Once Upon a Christmastime Parade in Disney’s Magic Kingdom, as a member of a brass quintet. Ultimately, Coral is passionate about sharing her love of music and leadership with others, and is more than excited to be spending her age out season with her family of Crusaders! 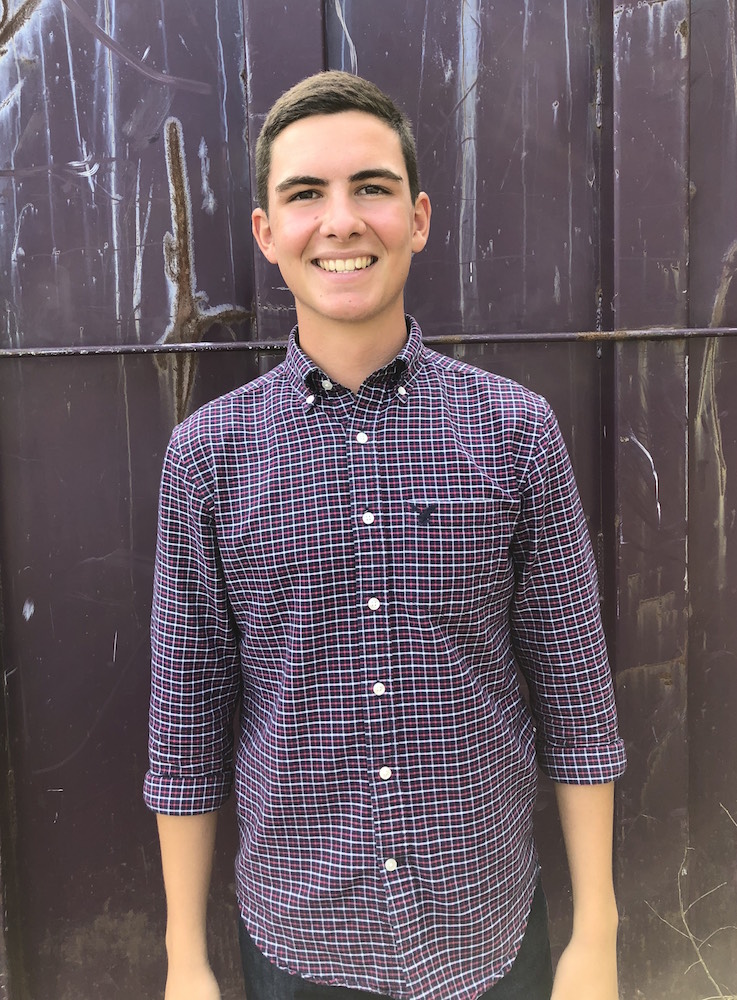 Gavin Schmidt is a second year member, having marched on trumpet for the 2018 season. He is a Sophomore special education major at the University of Kansas and outside of his studies teaches band at Platte County High School. Gavin is also a member of Phi Mu Alpha Sinfonia as well as multiple performing ensembles at KU including the Marching Jayhawks, Men’s Basketball Band (2018), and the Bravura Orchestra. Gavin is passionate about his future career as a special educator and looks forward to continuing his contributions to the marching arts after his ageout in 2021.