Please welcome our 2021 drum majors, Calvin Householder, Hunter Britton, and Griffin Collins! These three talented leaders were selected from a competitive pool of veterans to serve and lead the 2021 Boston Crusaders. Our drum major team will also be joined by three conductors who will be selected and announced later this spring! 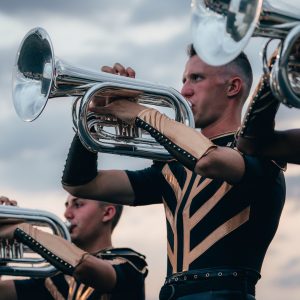 Calvin Householder is entering his fourth season with the Boston Crusaders and second as drum major. Previously, Calvin marched in the baritone section in 2018 and 2019 before taking the podium for the 2020 season. Calvin is a junior music education major at Oklahoma State University where he serves as a drum major for the Cowboy Marching Band. Calvin is also a brother of Kappa Kappa Psi and Phi Mu Alpha Sinfonia. When he’s not studying, Calvin enjoys bike riding and working at the oldest pizza place in Oklahoma, Hideaway Pizza. After aging out this year, Calvin looks forward to a career as a band director and staying involved with drum corps. 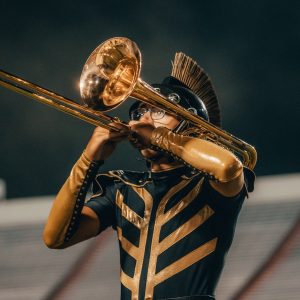 Hunter Britton is a third year member at the Boston Crusaders, having marched in the baritone section in 2019 and 2020 and was a part of the feature trombone section in 2019. Previously, Hunter performed with The Academy Drum and Bugle Corps in the contra line, and the Texas A&M Trombone Choir. He is currently a sophomore at Texas A&M University in College Station where he is majoring in electrical engineering and minoring in aerospace engineering. After graduation, Hunter plans to go to grad school to pursue a career as a FPGA engineer and develop technology used in airplane sensors. 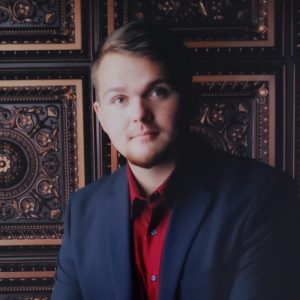 Griffin Collins is a third year member of the Boston Crusaders, having been in the tuba section for the last two years. He is a senior at Tarpon Springs High School where he has participated in the Tarpon Springs Outdoor Performance Ensemble for the last four years, and many district and state honor ensembles. Griffin plans on attending Indiana University in Bloomington next fall to pursue a degree in Music Education and Tuba Performance. He is very passionate about the marching arts and is excited to execute his role as Drum Major.