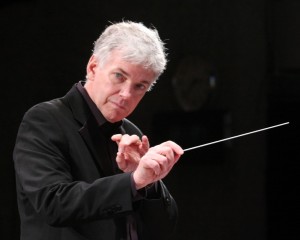 Tim Salzman– DCI Hall of Fame Member and acclaimed arranger, writer, instructor, and consultant Tim Salzman will become the Music Caption Facilitator for the 2016 Boston Crusaders. Timothy Salzman is in his twenty-ninth year at the University of Washington where he serves as Professor of Music/Director of Concert Bands, is conductor of the University Wind Ensemble and teaches students enrolled in the graduate instrumental conducting program. Former students from the University of Washington occupy positions at numerous institutions of higher education and public schools throughout the United States. Prior to his appointment at the UW he served for four years as Director of Bands at Montana State University where he founded the MSU Wind Ensemble. From 1978 to 1983 he was band director in the Herscher, Illinois, public school system where the band program received several regional and national awards in solo/ensemble, concert and marching band competition. Professor Salzman holds degrees from Wheaton (IL) College (Bachelor of Music Education), and Northern Illinois University (Master of Music in low brass performance), and studied privately with Arnold Jacobs, former tubist of the Chicago Symphony Orchestra. He has numerous publications for bands with the C. L. Barnhouse, Arranger’s Publications, Columbia Pictures, Hal Leonard Publishing and Nihon Pals publishing companies, and has served on the staff of new music reviews for The Instrumentalist magazine. Professor Salzman has been a conductor, adjudicator or arranger for bands throughout the United States and in Canada, England, South Korea, Indonesia, Thailand, Russia, Singapore, the Philippines, China, and Japan, a country he has visited twenty-one times. Recently he has frequently travelled to Beijing where he served as visiting professor at the Beijing Conservatory, conducted the People’s Liberation Army Band in two concerts (2009/10), and has given master classes for numerous wind bands including a concert appearance at the National Center for the Performing Arts in Tiananmen Square with the Beijing Wind Orchestra, the first professional wind ensemble in Beijing. He also adjudicated the Singapore Youth Festival National Concert Band Championships twice in the past four years. Professor Salzman is compiling editor and co-author (with several current and former UW graduate students) of A Composer’s Insight: Thoughts, Analysis and Commentary on Contemporary Masterpieces for Wind Band, a five-volume series of books on contemporary wind band composers published by Meredith Music Publications, a subsidiary of the Hal Leonard Corporation. He is an elected member of the American Bandmasters Association and is a past president of the Northwest Division of the College Band Directors National Association.

Executive Director, Chris Holland states, “We are committed to providing our members  world class educators and Tim Salzman is just that. I am excited to have him facilitate our music writing process but also offer oversight to the very fine faculty we have in place. And when Tim steps in front of the ensemble, all are in for a master class. In terms of DCI, Tim has taken multiple organizations from good to greatness, and is in the DCI HOF for good reason.”

Salzman states, “ The Boston Crusaders is an organization on the rise! I am excited to be apart of this incredible team.” 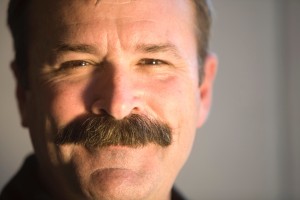 James Campbell– The Boston Crusaders welcomes James Campbell in the role of Music Consultant for the 2016 Program. Holland states, “Jim Campbell is synonymous with innovation and excellence. His impact in music education is widespread and his DCI HOF status is well earned.  Our music team, faculty and membership will be elevated by his experience and musicianship — the DCI activity and audience will equally benefit.”

James Campbell has received worldwide recognition as a performer, pedagogue and author, and is a respected figure in the development of the contemporary percussion ensemble. He has toured extensively throughout The Americas, Europe, and Asia. Currently Provost’s Distinguished Service Professor of Music and Director of Percussion Studies at the University of Kentucky in Lexington, he also holds the positions of Principal Percussionist with the Lexington Philharmonic, drummer with the Kentucky Jazz Repertory Orchestra, and Past-President of the Percussive Arts Society.

Well known for his long past association with the internationally renowned Rosemont Cavaliers Drum and Bugle Corps, Jim has served as their principal instructor, arranger, and Program Coordinator and was inducted into the Drum Corps International Hall of Fame. He served as Percussion Director for the McDonald’s All-American High School Band and was inducted into the Bands of America Hall of Fame, which recognizes individuals who have greatly impacted the nation’s band activity and music education. 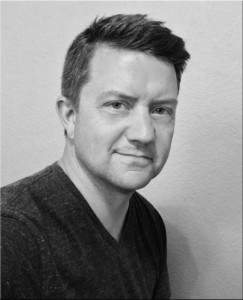 Ryan George– A 5 year alumni to the Music Design Team, Ryan George will return to the Boston Crusaders in 2016 as the Music Arranger/Designer.

Ryan George currently resides in Austin, Texas where he is active as an arranger and composer. His work, ranging from music for the stage to music for the football field, have been performed throughout the United States, Asia, and Europe. Ryan completed his first piece for concert band in 2007 and since then his works have received performances at the American Bandmasters Association Convention, the MidWest Band and Orchestra Clinic in Chicago, the Music For All (Bands of America) Concert Band Festival, the Western International Band Conference, the MidEurope Festival in Schladming Austria, Carnegie Hall, the National CBDNA Conference, the CBDNA/NBA Southern Division Conference, TMEA, and multiple state music educator conferences. Ryan’s music is regularly programmed by All-State, Region, Inter-Collegiate, and Honor ensembles and several works have been recorded and featured in the “Teaching Music Through Performance in Band” series.

As a specialist in music design for marching ensembles Ryan’s work has been performed by some of the nation’s elite ensembles at state, region, and national venues. His roster of clients hail from 17 states and include perennial Bands of America (Music for All) regional champions, regional finalist, and Grand National finalist. Within the realm of drum corps Ryan serves as the brass arranger/composer for the Boston Crusaders from Boston MA, and has also arranged for the Academy Drum & Bugle Corps from Tempe AZ. He was also a visual staff member for the Phantom Regiment and Carolina Crown. As a marching member Ryan performed with the 1998 DCI World Champion Cadets of Bergen County and the 1999 DCI World Champion Concord Blue Devils.

Ryan graduated from the University of Kentucky with a degree in music education. While a student Ryan sat principal horn for 4 semesters in the wind ensemble, was a drum major for the Wildcat Marching Band and also performed with various other ensembles including the UK orchestra.

Ryan’s professional elations include ASCAP, the American Composer’s Forum, and TMEA. His music is published exclusively through For nine Music LLC. His wife Sarah currently produces nationally recognized music festivals in Chicago and Austin and together they are the proud parents of 3 children. 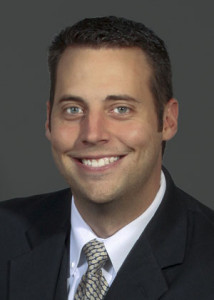 Ellis Hampton– Dr. Ellis Hampton is currently the Percussion Coordinator and Associate Director of Bands at Guyer High School in Denton, TX. In addition to coordinating all percussion education in the cluster, he also serves as the Director of the Marching band, Winter Drum Line and Co-Directs the Jazz Band. Ellis earned his Doctorate of Musical Arts in Percussion Performance at the University of North Texas under Mark Ford and received his Bachelors and Masters Degrees in Percussion Performance at the University of Kentucky under James B. Campbell.

Serving in his sixth year as Percussion Caption Head and Arranger for the Boston Crusaders, Ellis is a sought after arranger, clinician and adjudicator for programs across the country. Prior to his time at the Boston Crusaders, Ellis served on the percussion staff of the Cavaliers Drum and Bugle Corps, the Phantom Regiment, the UNT Indoor, the University of Kentucky and Metro Alliance Indoor Percussion.  Holland states, “Ellis has consistently provided us with a percussion style that is exciting and colorful. I can’t wait to hear where he takes the 2016 program.”

Hampton states, “ I am most excited about our new additions to the design team, show concept, and outstanding organization to create the best show yet. We are here to build a champion, onward and upward!”

Outside of the marching arts, Ellis has a wide array of interests and performance experience. From co-founding the UK Percussion Quartet and the Los Gatos Locos Salsa Band to his passion for world music including Gong Kebyar, Gamelan Anklung, Steel Band, South-Indian and Afro-Cuban music to his roots as a symphonic and Avant-garde percussionist, Ellis brings a unique and diverse perspective as a composer/arranger and as an educator.

Ellis is an endorsee of Innovative Percussion, Zildjian Cymbals and Evans Drum Heads.