We are conducting an exciting fundraiser in conjunction with the NFL Season. Buy a $20 Football Mania Sweepstakes Game Card for a chance at winning some cash!

Highest weekly score from our organization $25 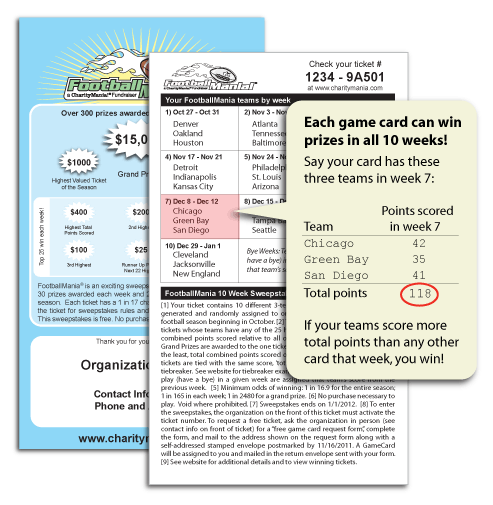