Boston Crusaders welcomes Tom Santino into the 2016 Hall of Fame

Boston Crusaders welcomes Tom Santino into the 2016 Hall of Fame 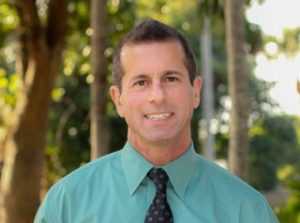 The Boston Crusaders Drum and Bugle Corps are proud to announce the induction of Tom Santino into the Boston Crusaders Hall of Fame.  Tom received his bachelor’s degree in music education from the University of South Florida, and his master’s degree in educational leadership from Nova Southeastern University. Tom began his teaching career as the founding director of bands at Braddock Sr. High School in Miami Florida
from 1990-97.  Since that time, he has also taught at Indian Ridge Middle School in Davie, Florida and at Flanagan High School in Pembroke Pines, Florida. While at Flanagan, Tom helped the music program become one of FMEA’s music demonstration schools. Currently, Tom is administrative director for Community School South in Pembroke Pines, Florida.

Tom Santino’s involvement in the marching activity started as a member of Florida Wave, Suncoast Sound, and Blue Devils. He then returned to activity to teach in 1990 and served as a brass instructor with Magic of Orlando, Blue Devils, and Syracuse Brigadiers.

In 1998, Tom took over as Brass Caption Head of the Boston Crusaders.  Upon seeing the issues of dwindling membership, Tom took personal responsibility for solving the problem.  As a band director in Florida, Tom lined up a steady stream of talented fresh recruits from South Florida just prior to the ’98 season, almost of whom were ready to sign on for the following season as well.  Finally Tom proposed a radical idea, suggesting that if the corps actually rehearsed in South Florida during the winter, he would be able to secure an even more bountiful supply of prospective members.  And so began the Boston Crusaders’ long and fruitful relationship with the State of Florida.

The brass line under Tom’s direction would go on to help the corps make their very first top-12 DCI Finals appearance in 1999. The following year, the Boston Crusaders placed fifth and led off the national live PBS television broadcast of DCI Finals performing one of the most popular drum corps shows of all time.  1999 and 2000 began a new chapter in the history of the Boston Crusaders, that of a perennial DCI finalist.  The corps has now appeared in DCI finals for 17 straight years, an accomplishment equaled by only a handful of other corps.  None of this might have been possible without Tom Santino’s extraordinary leadership, not only from a recruiting standpoint, but also as a caption head who developed a brass program which compete with the best the activity has to offer.

Throughout his teaching career, Tom Santino has be very well respected as a top educator.  He was an excellent communicator to students of all ages and was able to coax results out of even the least experienced of performers.  Boston Crusaders COO/Executive Director Chris Holland states that “Tom Santino represents all of the attributes you can hope for in a teacher – superior musicianship, outstanding knowledge, incredible work ethic and passion.  The performance level of his Crusader hornlines always exceeded the individual talent of the membership.  That is the mark of an elite hall of fame educator…..never any excuses….Tom took it personally and delivered for the members and organization. He is the standard as far as I am concerned.”  These and many other reasons are why the the Boston Crusaders are very proud to announce Tom Santino’s induction into the 2016 Hall of Fame Class.