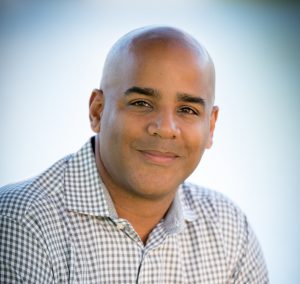 September 28, 2016 – Today, the Boston Crusaders Drum & Bugle Corps is proud to announce that Ron Lambert has joined the organization as the Assistant Corps Director.

Ron Lambert is currently the Director of Bands at Lakewood Ranch High School, Bradenton FL where he has taught since 2003.  He also served two years as Director of Bands at Bradenton Southeast High School.  For 6 years (2000-2005), Ron ran the University of South Florida Herd of Thunder Marching Percussion program, and while there he founded the USF HOT Show Band and served as Director/Arranger for the USF Indoor Percussion Ensemble.  He is a proud endorser/artist for Innovative Percussion, Remo, Yamaha and Zildjian.

Ron is a graduate of the University of Illinois.  He was a member of the U of I Marching Illini, the Illiana Lancers Drum and Bugle Corps and The Cavaliers Drum and Bugle Corps.  In the years since he has been an arranger, caption supervisor and clinician for marching bands and drum corps around the country.  His LRHS Marching band, Jazz bands, Concert bands and percussion ensembles have consistently been ranked among the best in the State of Florida and have earned many national awards.  Ron served several years on the leadership faculty of the Music For All/Bands of America Summer Symposium and is a two-time Fine Arts teacher of the year.  He is a 2016 Best and Brightest Teacher Scholarship Award recipient is currently in the running as a quarterfinalist for the 2016-17 GRAMMY Educators Award.  Ron also has many recording and performance credits as a record producer and percussionist.  His professional affiliations include FBA, FMEA, Phi Mu Alpha, DCI, WGI, FFCC and MFA/BOA.

“I am so pleased to work with Ron as Assistant Corps Director. He has done outstanding work with the Lakewood Ranch program and many of his students have become Crusaders. He brings great experience and a great skillset to the organization,” states Christopher Holland, Executive Director and Chief Operations Officer.

Ron is excited to start his work with the Crusaders; “This role is an extension of a strong relationship that has been built with the corps over several years.  I am looking forward to working with our great team of educators and offering my leadership to the members, volunteers and support staff of the Boston Crusaders.”

Ron resides in Apollo Beach, Florida with his wife Karyn.  He has two children, Jessykka and Brandon and a 3 year-old granddaughter, Zoë.