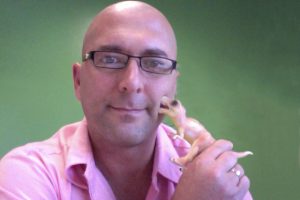 Keith began his pageantry career in high school as a saxophone player and drum major for Center Grove High School in Greenwood, IN. After graduation, he became a drum major instructor at FJM clinics and later went on to join the Cadets of Bergen County as a member of the color guard from 1991-1993. He also performed with The Pride Of Cincinnati and Escapade winter guards during this same time period.

Once wrapping up his performance career, Keith quickly turned to education and design and has been serving as a color guard or program designer, at some capacity, for over 25 years. His previous design work includes: Carroll High School, Center Grove High School, Avon High School, Carmel High School, The Cadets of Bergen County, The Cavaliers, and Escapade Winter Guard. Most recently, Keith was the Program Designer at Carolina Crown from 2009-2016 and currently works as designer/director at Center Grove High School and on the design team with The Pride of Cincinnati (since 1997).

Potter, a graduate of Indiana University, lives in Indianapolis, IN with his 3 wonderful children and an awesome wife! While maintaining heavy involvement in the pageantry arts, Keith also built a 13-year career in the Architecture and Interior Design industry as an Account Executive in commercial wallcoverings, a Market Development Manager in commercial furniture, and eventually as VP of Architecture and Design Sales for IdeaPaint, based out of Boston, MA. Two years ago, Keith (with family support) decided to make a go of a full time pageantry design business, Keith Potter Design. It has been challenging but rewarding and Keith is now able to focus all of his energy into doing what he loves.

Regarding his next adventure, Keith shared, “I am ready to get to work. There are members that deserve our very best. There is an administration team, board of directors, and alumni/fans that are encouraging and supportive. And there is a team of teachers and designers that all bring an amazing amount of passion, expertise and friendship to the table. While I am extremely excited about the summer of 2017 for The Boston Crusaders, I am more excited to think that this is just the beginning.” 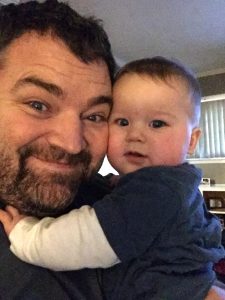 Leon May is excited to join the Boston Crusaders as the drill designer and continue his work with Keith Potter, program coordinator, and Michael Townsend, color guard director. Together, they have developed a phenomenal working relationship and have produced many crowd favorite shows over the past eight years. He’s also thrilled to join forces with long-time friends Ryan George, music arranger, and Colin McNutt, percussion arranger.

Leon began his drum corps career in 1988 with the Garfield Cadets and has been involved in drum corps ever since. Upon aging out of the Cadets in 1990, Leon was a member of the visual staff through 1997. Fortunate to have had excellent mentors during his time at the Cadets, including Marc Sylvester, Leon was able to hone his craft as a drill designer with high school bands from across the country, particularly Center Grove High School from Greenwood, Indiana. From 1993-2000 Leon helped lead CGHS to four top three finishes, including the BOA Grand National Championship in 1995, along with Keith Potter, the program designer. He then went on to design for Avon High School from Avon, Indiana from 2001-2008, who was awarded the BOA Grand National Championship in 08.

Leon began designing for drum corps in 1999 with the Crossmen, followed by Phantom Regiment (00-01), and Spirit of JSU (02).  2003 started a fourteen-year tenure designing for the Carolina Crown Drum & Bugle Corps. His time there included a World Championship in 2013, three John Brazale Best Visual Performance Awards, two Don Angelica awards for Best Overall General Effect, and the 2016 George Zingali award for Outstanding Color Guard, being awarded to the corps.

Leon is a graduate of Indiana University with a degree in Economics and he currently resides in Indianapolis, Indiana with his wife Beth and son Parker. 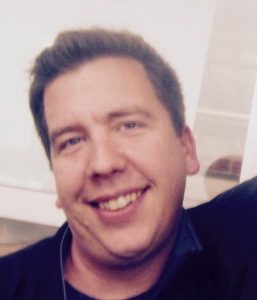 Michael is excited to join the Boston Crusaders and to continue a 15+ year history of collaboration with Keith Potter and Leon May. In Michael’s role he will work to facilitate and coordinate the many layers of visual design across all captions throughout the summer. As the Color Guard Director, he is excited to resume an already outstanding relationship with the rest of the guard staff.

In his new role, Michael will be continuing to choreograph some of the most amazing and musical equipment work in the activity. Michael will also oversee and coordinate the choreography, design and day to day for all aspects of the color guard caption. This will start now and continue throughout the winter months as well as daily during the summer.

Michael began his performance career in North Carolina and his performance experience includes, The Cavaliers color guard 1996 – 2000, The Company 1998 and 1999, Crown guard 2000, and Pride of Cincinnati in 2001. Michael then spent a year as an original member of the first U.S. National tour of Blast!

Michael currently resides in Indianapolis, Indiana with his wife and two children, where he is the program coordinator for the Carmel High School Marching Band and a color guard designer for Avon, Carmel, Center Grove, and Northview High School Marching Bands and Winter Guards. He has been choreographing and designing for these programs since 2004, which has resulted in 16 WGI scholastic world-class medals and five BOA grand national championships. In addition to these groups, Michael travels the country as a designer, choreographer, coordinator, and consultant for numerous Marching Bands and Winter Guards. Since 2012, Michael has been a designer at the Pride of Cincinnati WG. In that time Pride has added two world Championships to their impressive history.

During the summer, Michael has been the driving force behind the Carolina Crown Colorguard since 2003. Always a crowd favorite, highlights for Michaels time at Crown include Crown winning the DCI world championships in 2013 and The George Zingali award for best color guard in 2016. As a member of the design team, Michael was the color guard caption head as well as the primary designer and choreographer. For the past three summers Michael has also served as the program coordinator for The Academy Drum and Bugle Corps resulting in their first ever appearance in finals at DCI world championships and some truly memorable shows. 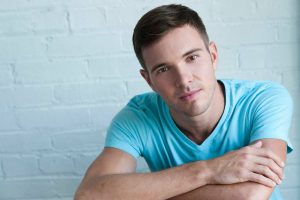 Brady Sanders joins Inspire Arts & Music as a designer and choreographer for the Boston Crusaders. Brady’s previous DCI experience includes performing with The Cavaliers color guard from 2003 to 2007 and serving as a choreographer there from 2008 to 2015. During his time at The Cavaliers, the corps was the 2004 and 2006 DCI World Champion as well as the 2004 and 2007 George Zingali High Color Guard award recipient.

Brady began his dance training at the School of DanceWest Ballet and attended Illinois State University and Point Park University. Brady has performed with Inaside Chicago Dance, Dansz Loop Chicago, Attack Theatre and the Pittsburgh Opera, Murphy/Smith Dance Collective, Shana Simmons Dance, Opera Theater of Pittsburgh and has toured internationally with Thodos Dance Chicago. He was selected to present new work at the newMoves Contemporary Dance Festival in 2015 and 2016. Brady has presented at regional and national education conferences as well as performed original works as a keynote presenter. He is currently a Resident Artist at the Richard E. Rauh Conservatory and is teaching and choreographing extensively throughout the Pittsburgh area and across the Midwest. Brady is thrilled to share his passion for dance and education with students and audiences of all kinds.