Boston Crusaders’ Music Design Team is ecstatic for this collaboration! But we are even more excited to partner with the greatest performers in the world . . . Join us for an unforgettable experience this summer! 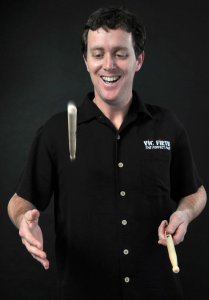 Colin joins Inspire Arts & Music, as the Director of Percussion, which will include the role of Music Program Coordinator, Music Design and Percussion Design while supervising the percussion caption of the Boston Crusaders. Colin served prior with The Cadets Percussion Staff since 2007. He served as The Cadets Percussion Caption Supervisor and Battery Arranger from 2008 through 2016, winning a DCI World Championship in 2011 and the Fred Sanford High Percussion Award in 2013. Colin was inducted into The Cadets Hall of Fame in 2016.

Colin has also previously taught and arranged music for Star of Indiana, the Glassmen and the Crossmen. In addition, he was a part of the design and instruction team for the internationally acclaimed production, Blast!.

Colin began his marching career in 1988 during his junior year of high school when he joined the Boston Crusaders. He was an integral part of the Crusaders percussion section over a four year span. He aged out with Santa Clara Vanguard in 1992, where he was recognized at the 1992 Individual and Ensemble competition as the tenor drum solo champion.

He has made a career out of his passion for music and percussion, while also completing a double major in music education and classics from the University of Massachusetts at Amherst in 1998. When not instructing drum corps, Colin conducts clinics for the percussion companies Avedis Zildjian Co., REMO, Inc., and Vic Firth. He has signature series “Colin McNutt” sticks designed and manufactured by Vic Firth. He also writes music for marching bands in the United States, Canada and Japan.

“It is great to bring Colin home to Boston and Inspire. Much more than drum corps IAM is fully committed to bringing the very best people in to work with, guide and brand the organization. This is one of a series of steps to make Boston a destination drum corps and a fan favorite.” Chris Holland, Executive Director. 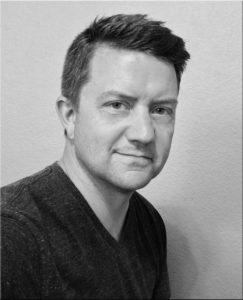 Ryan George currently resides in Austin TX where he is active as a composer and arranger. His work, ranging from music for the concert stage to music for marching ensembles is performed regularly throughout North America, Europe, and Asia.

Ryan completed his first work for concert band in 2007 and since then his music has been performed at venues such as the American Bandmasters Association Convention, Carnegie Hall, PASIC, TMEA, The Midwest Band and Orchestra Clinic in Chicago, The Music For All Concert Festival, national and regional CBDNA Conferences, and The MidEurope Festival (Austria). Many of his works, which are aimed at developing performers, have frequented the repertoires of All-State, Region, Inter-Collegiate and Honor’s ensembles throughout the US and Canada. Recent notable performances of Ryan’s music have included The “President’s Own” United States Marine Band (national tour), the Texas Christian University Percussion Orchestra (PASIC national convention), The United States Air Force Band (ABA convention) and the Finnish Navy Band. He has received commissions for various ensembles including works for the T.C.U. Percussion Orchestra, The Consortium for the Advancement of Wind Band Literature, The Lone Star Wind Orchestra, and the Wan Quan School in Beijing China.

As a specialist in music design for marching ensembles Ryan’s work has been performed by some the nation’s elite ensembles. His roster of clients hail from 15 states and include perennial Bands of America (Music for All) regional champions, regional finalist, state champions, and Grand National Finalist. Within the realm of drum corps Ryan is returning for his 6th season as the brass arranger/composer of the Boston Crusaders Drum & Bugle Corps from Boston MA. He has also arranged for the Academy Drum & Bugle Corps from Tempe AZ (2011-2013) and served on staff  with the Phantom Regiment and Carolina Crown.

Ryan graduated from the University of Kentucky with a degree in music education. He is an ASCAP artist, a member of TMEA, and the American Composer’s Forum. His wife Sarah is a producer and talent buyer for internationally recognized music festivals and they are the proud parents of Sophia, Nyla, and Teller. 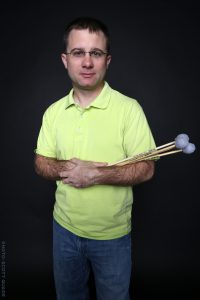 Iain has previous drum corps teaching/arranging credits with the Madison Scouts, Glassmen, and the Crossmen. He has also arranged for high school and college marching bands in the United States, Japan, and Canada.

Iain is a proud endorser/artist with Vic Firth, Zildjian, Remo, and Yamaha. 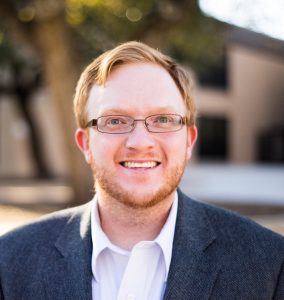 Michael Zellers joins Inspire Arts & Music as Electronics Designer for the Boston Crusaders. Previously, Michael has served on the Percussion Staff of The Cadets since 2011, where he served as front ensemble technician from 2011-2013 and the Electronics designer from 2013-2015. During his time with The Cadets, the corps won their 10th DCI World Championship in 2011 and The Cadets Percussion section received the Fred Sanford Award for Best Percussion Performance in 2013. In addition to his most recent work with the Cadets, Zellers has worked with the Jersey Surf and Reading Buccaneers.

Zellers currently serves as the Director of Percussion at Leander High School in Leander ,Tx. Zellers received his Master in Music Performance from the University of Delaware and his Bachelor’s Degree from West Chester University.