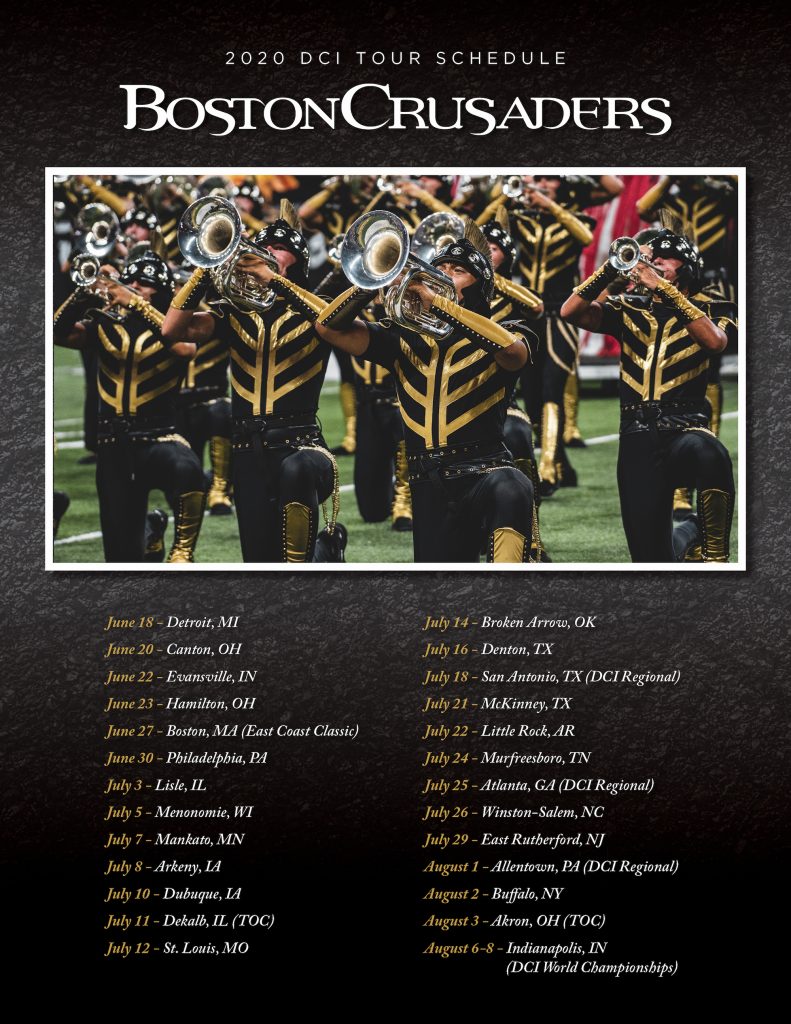 The DCI Summer Tour schedule has been announced! This summer’s tour will bring the Boston Crusaders to new venues in Wisconsin, Minnesota, and Iowa, while revisiting familiar stadiums as far south as Texas, Georgia, and back home on the East Coast.

After departing from spring training in mid-June, the competitive season will kick off with a live cinema broadcast from Ford Field Detroit, MI at the DCI Tour Premiere. The Boston Crusaders will make their way back east for the annual Concert in the Park on Thursday, June 25th in downtown Boston. The Boston Crusaders will be celebrating their 80th Anniversary with a packed weekend of events, culminating with the East Coast Classic which has returned to Boston College for 2020.

From there the corps will make stops across the country, heading west for Minnesota and Iowa, then through the Midwest for DCI St. Louis. The corps will return for “Texas Tour” in Denton, San Antonio, and a new venue in McKinney, TX. The final stretch of tour will take the corps through the south to the Atlanta regional then back up the Eastern Seaboard for the DCI Eastern Classic. The season wrap ups once again at Lucas Oil Stadium for the Drum Corps International World Championships held August 6-8th.